5 trends in internet marketing that will be relevant in 2015

Every self-respecting brand uses the internet and social media for their own promotion, and for many it turns out very well. But do not forget that the rapid development of technology is constantly transforming the online environment and sets new rules of the game. To succeed and stay one step ahead of all, you need to have a clear idea about the latest trends - and not be afraid to change with them.

My Content unique quality - the key to success in online marketing. According to a survey by the American company Ascend2, 72% SEO-experts consider creating relevant content most effective tactic. Regardless of the size and scope of the company, in any case can not neglect regular publication in the network. Initially, content sites was necessary to win favorable position in search engine rankings. However, it has other important functions: telling consumers about the brand strengthens its credibility, it helps to create a positive image of the brand.

According to the forecast the US research firm eMarketer, in 2016 the number of smartphone users worldwide will exceed 2 billion people, and in 2018 - 2.56 billion people. This means that today's internet marketing is impossible without mobile content. Smartphone - it's also a great way to see the consumer as much as possible (for example, by using geolocation) and give him exactly what he needs, putting thereby long-term relationship with him.

The information in social networks can be characterized as "content rapid consumption": people are no longer willing to accept the text of the volume on the Internet. The main thing - to grasp the essence of the message and not waste time on unnecessary details. Another important principle - visualization. Videos, animations, infographics, photo galleries - none of these can not be ignored. Do not forget about interactivity as the best content - a "living" human interaction. According to experts the British company Graftene, specializing in Internet marketing, interactive content allows you to explore consumer preferences and to personalize communication with them.

One reason for the negative attitude towards advertising - its irrelevance and intrusiveness. Therefore, the problem of internet marketers - make an advertisement appeared in the right time in the right place, and if consumers deem it more useful advice. Such an approach would be possible only if, first, the creation of high-quality analytics tools, the ability to collect and process data about users, and secondly, the automated mechanism for placing content on the Internet, including social networking. In this direction we have already done a lot, but in the coming years, analysts and developers are unlikely to stop there.

"Internet of things" - is already a reality

The concept of "Internet of Things" was formulated in 1999 as the device's ability to receive and send each other messages and signals, as well as interact with the person. Gaining increasing popularity and the so-called "wearable gadgets" (for example, Apple Watch) and virtual reality devices. Human Communication gadgets of the new generation, most likely will take place using voice commands, and a virtual assistant (such as Siri). Not far off is the time when our house will be aware of our needs better than we do, and marketers need to develop entirely new ways to interact with the users of the devices.

Summing up, I want to note once again the importance of Internet content in a variety of its manifestations, the need for its adaptation to mobile devices, as well as the need for competent mechanisms of its location in a rapidly developing technology. And, perhaps most importantly, do not forget that all these efforts should ultimately be directed at building a long and trusting relationship with consumers. 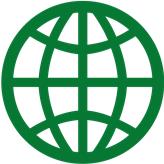